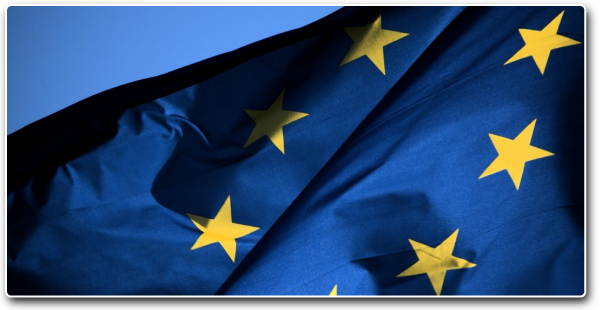 Many people are asking “why?”

Some are asking “how?”

There seems to be a lot of anger, a lot of despair and most of all a huge amount of uncertainty.

It is quite probable that us – the general public can’t change the “#Leave” result of the referendum. That will come as a hammer-blow to some and will delight others in equal measure. Despite the news reports of a number of people wishing they could change their vote to remain because it was only a ‘protest vote’ or they ‘didn’t really know what they were doing’ or indeed they voted and then frantically googled what the EU actually was; the likeliest outcome is that over the next few years, Britain will have to negotiate its way ‘out’ of the EU.

So let’s deal with the best question of all… “What now?”

The answer to this sits very differently with different groups of people , so I’m going to make suggestions based on various categories.

For the #Brexit voters

Now is not the time to gloat. Lets face it, there are a lot of angry #Remainers, so rubbing their noses in it is not graceful or helpful and will just accelerate division and unpleasantness. The only way the UK can get through this is together, so please, try to be nice and look for what you can do to make sure the current economic plummet is short-lived and the short-term pain is just that – short-term.
Take some time to talk to those #Remainers and find ways to rebuild any fractured relationships, reassure them of just how you personally and we as a country can move on to better things.

For the #Remain voters

Don’t despair. That won’t help either. In fact, so far, it isn’t even necessarily going to happen, there’s a lot of negotiating to be done and you never know, Westminster might not act on the advisory result of the referendum, it isn’t legally binding!
However, if #Brexit does happen, despairing won’t help that either. You can’t change the result, what’s needed is vision, innovation, hard-work and positivity.
Engage with the #Leavers, you will find out that some voted pragmatically with really well thought-out reasoning, they aren’t all xenophobic, anti-immigration, wide-eyed fascists!

For the Jesus followers

It’s our job to bring God’s love and the grace and peace of Jesus Christ to the table and prove that Love Wins.
Whatever you were doing before that was advancing the Kingdom of God in this present world, keep on doing it. If you believe that God is in control of this earth, if you believe that he has any kind of plan at all, trust that He knows what He is doing.
Look for ways to discover the things that God is doing right now around you where you live and work and pray for guidance to see which of those God wants you involved with.
You are here to make the world a better place. Go and do it.
Maybe even join a group that will benefit your local community like common change.

For the prophesy junkies

Yes, it is possible you might be right.
Yes it is possible that certain ancient writings have predicted this.
Yes, you are likely to annoy and upset people and put them off having a relationship with God if you keep banging on about it at every opportunity.
Yes, have an answer if asked, but be gracious, be thoughtful, don’t use “the bible says” as a conversation starter. If you have to say it, bring it in gently, wait for an invitation rather than ramming your views like you’re making religious foie-gras.
Seriously, people won’t care how much you know until they know how much you care. So start by being practically helpful and walk in the footsteps of Christ, not as a proselytising manic street preacher.

Starting the conversation with “as an atheist” will immediately cause most people of faith to switch off their brains or fuse the part of their cerebrum that prevents them from exploding in rage, so maybe that isn’t a great way to begin, even if you end with “but you’re totally entitled to your view and I respect that”, because that won’t come across as sincere.
People of faith are just that because it gives them hope, no matter how ridiculous, reckless, deluded or fantastical you might find that. Plenty of faith people and faith communities can still have rational conversations and many of them are actively involved in things that are improving this world with really good motivation. Telling them their faith is stupid will not make you any more right, it will probably just make it harder to be their friend.
Having said that you are entitled to say “as an atheist” if a religious nut is trying to convert you, because that’s not how they should behave.
And lets face it you need to find a way to give people hope too, because in the wake of the decision to exit from the EU, there’s a lot of uncertainty and a lot of very scared people who feel hopeless.

For those that chose not to vote

You chose not to vote.
You have no right to complain if you don’t like it.
You can claim no credit for it if you do like it.
Zip it!
Lock it!
Put it in your pocket!

Let our mantra be “how can I make things better.”

Do it today, don’t wait for tomorrow.